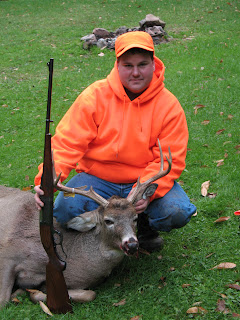 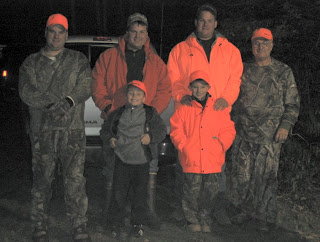 
About fifty plus years ago I was coming of age to hunt with my father. On a day in September my father and I hopped into the family truck to go shopping. We ended up in a gun store where my father bought me my first and only hunting rifle. It was a Savage model 99 and it was just like the one he hunted with all his hunting trips with my Grandfather. Well as time passed so did my father but every time I pick up my rifle I always think of my trips with him. My father’s rifle has been passed on to my sons and my oldest son (also name sake) wanted to use it to try to honor his grandfather by bagging a deer. Well this year in Leetonia his dream came true during a morning hunt. An 8 point deer crossed in front of the old iron sites and the ammunition from 1950 still worked!
Sure it’s nice to bag a deer but the thing that impressed me is the memories that are built and passed on during these family times. I realized that as my grandchildren hike the trails and sit around our campfires in Leetonia they are building memories and who knows one of them just might carry my old model 99.
Posted by eaglebear at Saturday, January 12, 2008

That's a beautiful Buck and Savage 99! Your story brings back memories of many hunts in Leetonia, out of the "Ottman Camp". I also used a Model 99 Savage in my younger days and still have the same gun in my gun cabinet. Good Luck to everyone on future hunts in Leetonia.